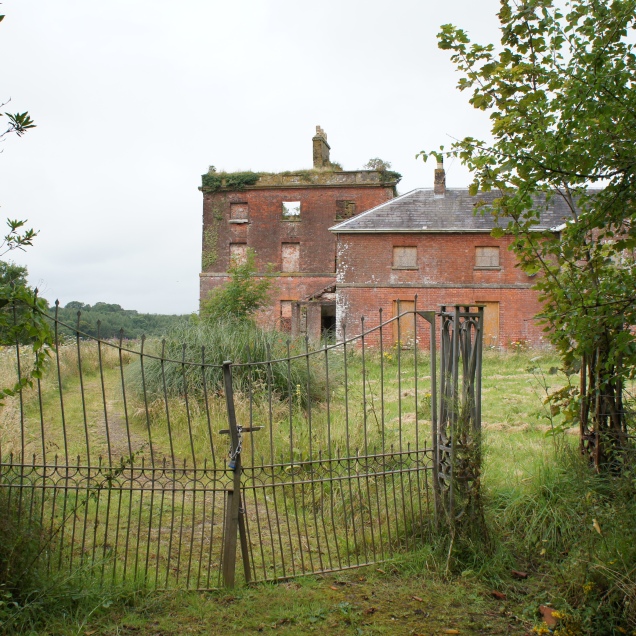 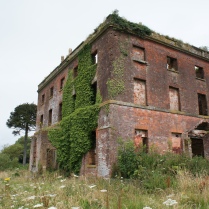 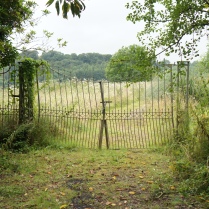 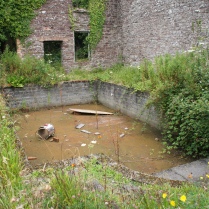 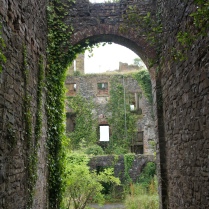 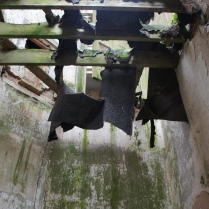 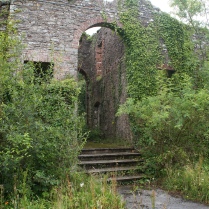 On a hill, overlooking Carmarthen Bay, sits the red brick mansion of Iscoed. Work began on the construction of the mansion  in 1772. The choice of red brick was unusual for that part of West Wales.  Iscoed consists of a central three storey block with matching wings on each side. A further  range behind the main block links the two wings together, creating a large courtyard .It was used as a family home by the Mansel family before being sold to Sir Thomas Picton  in 1812. It changed hands again in 1919, but remained a family home until the end of the Second World War. At this point it became owned by the council and converted into flats. Just 15 years later the house had been stripped of its fittings and roof. After passing into private hands again it just avoided demolition due to its owners sudden death in the late 1950’s.

Now Iscoed sits on an overgrown site and ivy clings to the walls. A more recent owner has re-roofed one of the wings and  its windows have  been boarded up. The rest of the mansion remains roofless. Small piles of bricks lie on the floor where lintels have given way. Around the house a few pieces of  plasterwork remain. Looking upwards towards the sky, you see doors hanging precariously  from their rotten frames. With the floors now long gone, exploring Iscoed is a dangerous task. The brick vaulted cellar ceiling is now collapsing leaving holes in the ground floor so it is imperative to tread carefully . The courtyard too is now an overgrown jungle of vegetation.

What a lovely house this could be again.  It is not so big that renovation back to a family home would be completely unrealistic. The house is made up out of different blocks which could be tackled one at a time. But until a new enthusiastic owner turns up, Iscoed remains at risk!

2 Responses to Iscoed: A Red Brick Mansion in Carmarthenshire